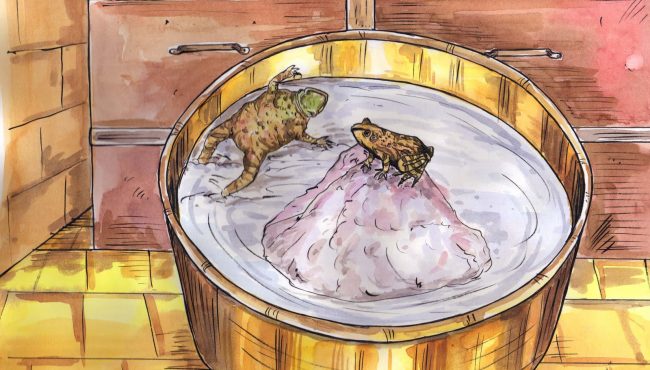 When you set out to accomplish a goal, and things become challenging, you have two choices—you can keep going forward, or you can sit down and quit. Winners keep on keeping on—losers quit. Winners find a way—losers find an exit.

In his book entitled, John Doe, Disciple, Peter Marshall tells about an assistant to Thomas Edison who was trying to find some way to console the legendary inventor because he had encountered so many failures in an important experiment. The assistant said, “It’s too bad to do that much work without results.” Mr. Edison quickly replied, “Oh, we have lots of results—we know 700 things that won’t work!”

Edison knew that failure was not fatal, but simply an investment in the bank of knowledge of some things that didn’t work. He said, “our greatest weakness lies in giving up. The most certain way to success is always to try just one more time.” He also said, “Many of life’s failures are people who did not realize how close they were to success when they quit.” Edison never quit!

I heard a cute story about a boy who was facing a tough situation in sports and wanted to quit. His father coached him by saying, “The people who are remembered in life are those who don’t quit.” He went on to say, “Remember Winston Churchill? He didn’t quit. Remember Thomas Edison? He didn’t quit. Remember George Washington Carver? He didn’t quit.” The boy nodded that he remembered all of these people that his father had mentioned. Then his father said, “Remember John McKringle?” The boy looked puzzled and said, “No, who was he?” His father replied, “You see, you don’t remember him—he quit.”

Take quit out of your vocabulary. You never know what you might accomplish by taking the next step forward. Someone said about Napoleon, “He didn’t know the word quit—he didn’t know English!”

I love this little poem by an unknown author:

Two frogs fell into a deep cream bowl—One was an optimistic soul
But the other took the gloomy view—”We shall drown,” he said without more ado.

So with a last despairing cry
He flung out his legs and said goodbye.

Quote the other frog with a merry grin—”I can’t get out but I won’t give in
I will just swim around ’til my strength is spent—and then I will die the more content.”

Bravely he swam ’til it would seem—His struggles began to churn the cream
On top of the butter at last he stopped—and out of the bowl he gladly hopped.

What is the moral? It’s easily found;
If you can’t hop out, keep swimming around!

Paul reminds us “Good works always produce a harvest if we do not give up.” (Galatians 6:9) James reminds us, “Anyone who meets a testing challenge head-on and manages to stick it out is mighty fortunate…reward is life and more life.” (James 1:12) David said, “Stay with God, take heart, don’t quit.” (Psalm 27:14)