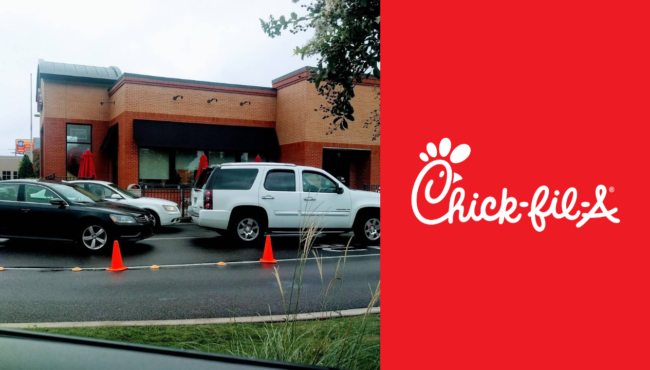 When I moved to Frazer in 1972 it was just a little church out in a cotton field. I had to drive four miles at lunch just to get a sandwich.

As Eastdale Mall was under construction, I received a telephone call from Mr. Truett Cathy, the owner of Chick-fil-A. He asked me if I would be willing to do an opening prayer of dedication for Chick-fil-A and give him names of young people who might want a job. I gladly said yes.

I asked Mr. Cathy why he would call a church looking for potential employees. He said that kids who were involved in a church would have a better work ethic, a better personality, and would help establish Chick-fil-A as being a different type of eating establishment.

Truett Cathy was a genuine Christian who wanted to honor God by not being open on Sunday. Jeff Vines was the owner of the new Chick-fil-A in Eastdale and he embodied Truett Cathy’s values and vision.

When I was invited to serve on the national board of directors for the Fellowship of Christian Athletes, one of the first persons I met was Buck McCabe, the chief financial officer for Chick-fil-A. He is one of the finest Christian gentlemen I have met. Truett Cathy knew how to pick good leaders. I learned a lot about Chick-fil-A from Buck.

Gary Soriano owns the Chick-fil-A at Eastchase, which is one of the busiest franchises. Eastchase is especially known for the efficient way they operate the three lines of their drive-through.

I was talking to Gary recently and he shared that they have a special consultant working with them to try to improve the efficiency of their drive-through lines. While they are already the best, that’s not good enough for them. Gary told me that one of their core values is “continuous improvement.”

The consultant has spent two weeks using the technology that the NFL uses to evaluate players and plays in each game. Gary gave me a detailed explanation of the things they were looking to improve. While they already can serve 200 cars an hour in their three lines, they have set a goal to raise that to at least 220 cars an hour!

I love that attitude—continually improving. Too often a business, or a church, or individuals become satisfied and “sit down.” At Chick-fil-A the people are trained to be life-long learners. They are looking at ways to eliminate bottlenecks in every aspect of their business.

How many churches are like that? How many businesses have that attitude? Paul wrote, “You have received from us instruction as to how you ought to walk and please God that you may excel still more.” (I Thessalonians 4:1) Excellence is never an accident!

If I see you at the Chick-fil-A drive-through, speak quickly because neither one of us will be there very long!

Where in your life needs to experience some “continuous improvement?”