How Do You Handle Defeat? 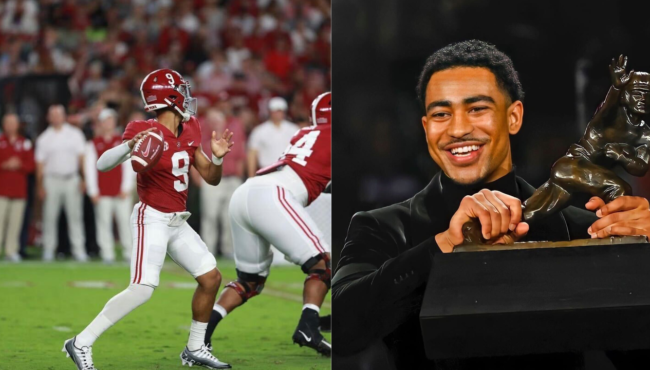 How Do You Handle Defeat?

How do you handle defeats in life? Defeats do come. Nobody wins every time they go on the playing field, or business negotiations, or doctor’s visit, or any venue in life. It’s always fun to win, but how we handle defeat usually tells more about who we really are.

The third Saturday in October has become famous because Alabama plays Tennessee in football. It’s an intense rivalry. The relationship between the fans of both schools is extremely competitive. In fact, it’s despicable how some of the fans from each school talk about the other.

Alabama has had the upper hand for the past several years. In 2022, Tennessee was excited about changing that part of history. They did on Saturday, October 15, by winning 52-49.

Alabama had a stellar performance from its Heisman winning quarterback, Bryce Young. He is an exceptional young man. People weren’t sure whether he would be able to play or not because of a shoulder injury. He took every Alabama snap.

Bryce is a great leader and a great football player, but he is even greater in his witness of the Christian faith. You will always see him before the game in the corner of the end zone, kneeling to pray. He doesn’t do it for show—he does it to acknowledge his commitment to God through Jesus Christ.

Bryce Young had a great game against Tennessee. He took a lot of punishment from the Tennessee defense. He never fussed at his teammates, complained to the referee, or lost his cool.

How would Bryce Young handle defeat? He sent out the following message the day after the Tennessee loss, which demonstrates the kind of winner he is:

“If you want us to cry—we will not. If you’re looking for excuses—there are none at the University of Alabama. Tired & Weary, but never broken. The things you learn fromlosses are far more important than those moments when you’re standing on the mountain top. Romans 5:3-5 says, “More than that, we rejoice in our sufferings, knowing that suffering produces endurance, and endurance produces character, and character produces hope, and hope does not put us to shame, because God’s love has been poured into our hearts through the Holy Spirit who has been given to us.” Win, lose or tie, I’m Alabama ‘til I die. If you haven’t given up on the Tide, go grab a jersey!

When a person loses, he has a lot of options of how to handle it. Some people quit—some people complain—some people have a pity party—some blame it on the referees or the weather conditions, etc. Bryce Young handled defeat using a Biblical perspective. That’s the best way to handle defeat!

I have a hunch that Bryce Young will be a better leader than ever. He has oftentimes stood on the mountain top—he also knows how to go through the valley. He doesn’t stay in the valley–he goes through it! (Psalm 23:4) It will be interesting to see the next mountain top that he conquers.

How do you handle defeat?