How Do You Measure Christmas? 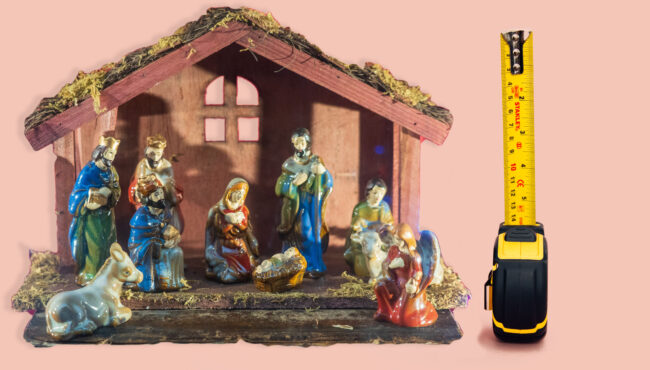 How Do You Measure Christmas?

A dignitary from a large country in Europe was visiting the United States on July 3. His host commented that he was glad that he was there on July 3. He said this is the day before the most important day in American history, July 4. The visiting dignitary quickly said, “July 4 isn’t the most important day in your history. Christmas is, and if it were not for Christmas, there would never have been an America.”

How do you measure how big God’s love is for us? You can try, but it is immeasurable.

On November 19, 2022, some of the smartest people in the world were meeting to design some new prefixes for the International System of Units. The occasion was the 27th General Conference on Weights and Measures.

Because of the growing requirements of data science and digital storage, we are almost using up the prefixes at the top of the existing metric range. Presently, yottabytes and zettabytes measure the largest quantity. It is estimated that by 2025, the zettabytes, which is 21 zeros after the first digit, will be obsolete. They are adding to the metric system 27 zeros after the first digit and named it Ronna, and, also, 30 zeros and named it Quetta.

I can think in terms of milligrams and kilometers but adding 30 zeros after the first digit is beyond my capacity to think.

They also had to add an equal number of measurements for small things to be used in quantum science and particle physics. The bottom of the measurement scale also has added 30 zeros after the decimal point and named it Quecto.

This is the first expansion of the measurement system since 1991. It’s still not capable of measuring accurately the love of God expressed at Christmas. You could continue adding zeros, even 100 or 1,000, and you couldn’t measure God’s love for you and for me.

Christmas is immeasurable! God’s love is beyond comprehension! God has your name written in the palm of His hand. If God has a refrigerator, your picture is on it. He loves you that much.

Christmas is not measured by how many gifts you give or receive, or how big your Christmas tree is, or what the menu is for the meal for Christmas day, or the number of family members who are around the tree with you. The real immeasurable meaning of Christmas is that God loved you and me so much that He gave His only Son so that you and I would have the chance to decide for Him and have an abundant life here and an eternal life there! (John 3:16; John 10:10)

He is the reason for the season, and you can’t measure the magnitude of that!

Is Jesus your reason for the season?