Opportunity – See It or Seize It? 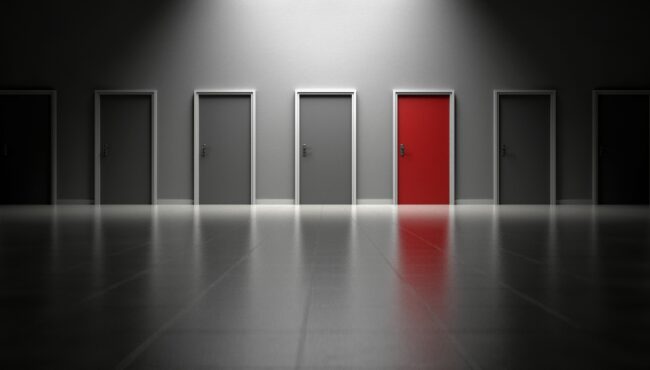 OPPORTUNITY – SEE IT OR SEIZE IT?

Before the days of modern harbors, a ship had to wait for the flood tide before it could make it to port. They had a Latin term for this situation which was op portu. That literally means that a ship is standing against a port waiting for the moment when it should ride the turn of the tide to the harbor.

When opportunities are presented, it is so important to seize the opportunity. If opportunity arises and you don’t take it, somebody else will.

Jeremiah 46:17 says that “Pharaoh, the king of Egypt, is a loudmouth who missed his opportunity!” Ephesians 5:16 reminds us that we need “to make the most of every opportunity.”

Oftentimes, opportunities are not easily distinguishable. Sometimes opportunity is a result of some obstacle that you overcome.

There is an old fable about a king who placed a large boulder in a very heavily traveled road. He then hid so he could see if anyone would take the time and effort to remove it.

Some of the great merchant people in the kingdom traveled the road. When they came to the boulder, they simply went around it. Some of them even began to criticize the king for not keeping the roads in better shape. Nobody even attempted to move the boulder.

Eventually a poor farmer came along carrying a load of vegetables on his back. He laid down his load and began trying to move the boulder to the side of the road. It took a lot of effort in pushing and straining. He finally succeeded.

When he paused to catch his breath and pick up his load of vegetables, something caught his eye. It was in the sunken area where the boulder had been.

When he went for a closer look, he saw a purse. He picked it up and opened it. Inside was a note from the king that said, “ Whoever removed the boulder from the road could have the contents of the purse,” which was filled with gold coins.

Many opportunities are missed because we try to go around them or criticize someone for putting something in our path that we think is an obstacle. Overcoming an obstacle can lead to an opportunity.

The greatest opportunity God gives us is to share the Good News of Jesus Christ. Every day we have many opportunities. Paul writing to the Colossians says, “Make the most of your opportunity to tell others the Good News. Let your conversation be gracious as well as sensible, for then you will have the right answer for everyone.” (Colossians 4:5-6)

Don’t sit around waiting until your ship comes in. Someone said, “Many of us fail to see the door opening because we are in the backyard looking for four-leaf clovers.” Be proactive and be like a ship that is prepared, ready and waiting for the tide to change and present the op portu—opportunity—to bring passengers to the port.

When opportunity arises, do you just see it and acknowledge it, or do you seize it and act on its possibilities?