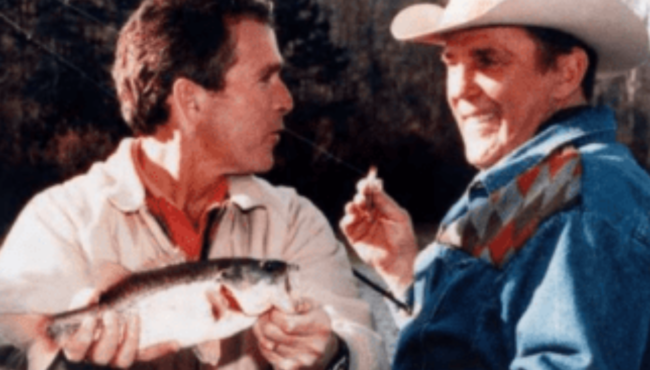 Some people are able to think big, far out of the box, and follow through in seeing their visions become reality. Such a man was my friend, Ray Scott, who died recently.

He had a vision about bass fishing. When he shared it with some of his friends, they laughed at him. One friend of mine was invited to be an investor in his dream, and he laughed at Ray Scott and told him, “Ray, all you want to do is go fishing and get paid for it.”

Ray Scott followed through. He developed Bass Anglers, and it became a huge organization. It was eventually sold to ESPN and the headquarters was moved to Orlando.

I loved Ray’s Montgomery house. He had a lake that was well stocked with bass. The door to his den opened up to his boat into which he could step and go out and catch all the bass he wanted for any meal.

Later he moved to Lowndes County. There he had a private lake for bass fishing tournaments. He invited President George Bush and other famous people to come and fish. The proceeds from these tournaments went to Pintlala Baptist Church. I often teased the pastor, Dr. Gary Burton, of being the only Baptist church I know with a huge statue of a bass in the front yard!

One of the national bass tournaments was held here in Montgomery. I went down to the Riverfront for the “weigh-in.” It was a big event. Fishermen came in and presented their five biggest bass to determine their combined weight. The bass had to be alive when they were weighed. Some bass fishermen were accused of giving mouth-to-mouth resuscitation to keep a big bass alive!

The biggest surprise to me was that there was a referee on each boat. This was to be certain that no fisherman cheated. The referee saw every move the fisherman made and had to sign to verify the accuracy of the weighing of the fish that were presented. I know fishermen have a big reputation for exaggeration, but the referee eliminated that.

Fishermen do need accountability. A large fishing tournament that had a $30,000 first place prize concluded Friday, September 29, 2022, in Cleveland, Ohio. Two anglers had the fish that weighed the most. Before they could get the $30,000 check in their hands, somebody suspected something “fishy.” They discovered that the winners had loaded their five fish with lead balls and other items that added eight pounds to their total weight. You can’t cheat!

Montgomery also hosted a national crappie fishing event. There were 300 fishermen who participated. They could not afford to have 300 referees, so each boat had one. When the fishermen brought in their catch, they had to take a lie detector test to determine they were telling the truth.

There is a story about President Bush fishing with Ray, which I don’t know if it is a fish story or not. A reporter took a picture of the President catching a huge bass. The reporter then claimed it was a mounted fish from the wall of Ray’s house!

Telling the truth doesn’t exempt fishermen—or anybody. Check out chess and baseball this year. “You shall know the truth and it will set you free.” (John 8:32) “Conduct yourself…as the pillar and support of the truth.” (I Timothy 3:15)

The best way to fish and to live is to tell the truth!