The Power of a Shared Blog 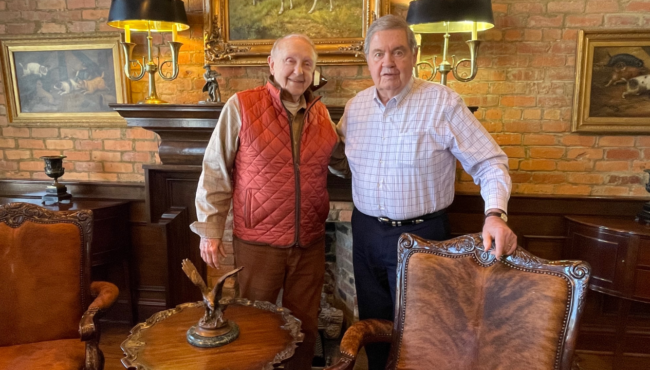 The Power of a Shared Blog

A few years ago, I was with my friend, Jere Beasley, who has one of the largest law firms in the Southeast. I requested that I put him on retainer and quickly handed him a dollar before he could answer, shook his hand, and said we had a deal. I would pay one dollar a year.

Jere is very quick and extremely gifted at designing a persuasive argument, so I planned my strategy and closed the conversation quickly. He has no one else on retainer!

I send him one dollar every year. In January I mailed him a one dollar bill but also taped a nickel and three pennies to my letter. Since the cost of living has gone up about 8% for the year, I wanted to give him that eight cents to show that I wasn’t trying to be cheap. I might be his only client that pays early, pays in full, and goes beyond the expectation including cost of living and inflation.

Jere receives my blog each week. He has a huge mailing list and asked if he could share my blog with the people on his list, which includes people all over the country. I have been in northern and western states where someone said they read my blog. When I asked where they got it, they said, “Jere Beasley sends it to me.”

Jere has over 125 lawyers in his firm with offices in Montgomery, Mobile and Atlanta. He is a strong, dynamic Christian who uses his profession to share his faith. He has two other ministers, a Chaplain in Texas, a College Professor, and a retired Engineer (my cousin) who writes blogs for his email list. He makes comments about the blog each day and his comments are often better than the blog!

Jere shared with me recently an incident that makes all the effort of writing a blog each week worthwhile. On his mailing list, Jere has a man that he doesn’t know personally. The man called him and wanted to share what had happened with the blog from that “Methodist guy in Montgomery.”

That man received a call from his brother in a neighboring town. His brother said that he had a pistol to his head, was ready to end his life, and wanted his brother to hear his voice one more time.

When the man arrived at his brother’s house, he found him reading the blog and the Bible verses suggested. He had put down the pistol and said that he realized that there was a better way to deal with his situation. His brother offered to help mentor him in doing that.

The blog went to Jere, then to that man, and then to his brother, and God used that blog to literally save his life, physically and spiritually. To God be all the Glory!

If you ever think about suing me, just remember who I have on retainer!